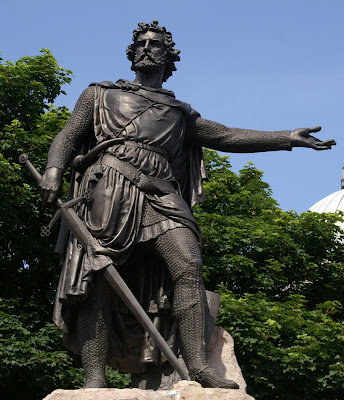 Since today is the 683rd anniversary of Scotland gaining it's independence from England I am posting an image of this fantastic statue of William Wallace. The historical record for this sculpture states that Wallace is "returning [a] defiant answer to English ambassadors before the battle of Stirling Bridge" but I don't know what his gesture means specifically.


In addition to saying "In Honor of William Wallace Guardian of Scotland", also written on the plinth is the following, apparently a quote from Wallace himself:

"When I was a youth, and under the care of my uncle, all that I could carry away from him was a single proverb, but it seemed to me above all price, and I never forgot it. It was this: 'I tell you a truth, liberty is the best of all things. My son, never live under a slavish bond." 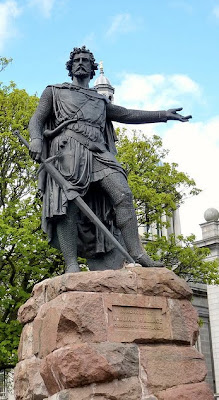 Posted by JW
Email ThisBlogThis!Share to TwitterShare to FacebookShare to Pinterest